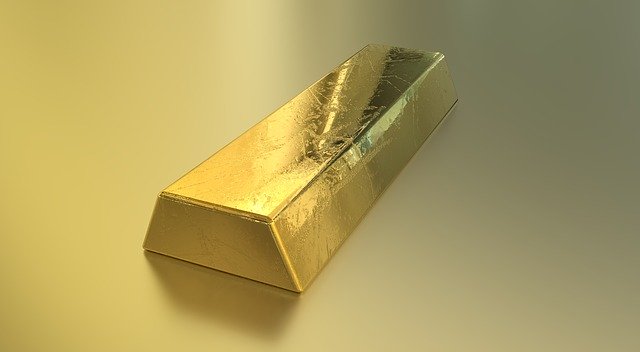 How likely is it that Bitcoin will overtake Gold one day? We take a look at the properties of the two value stores and show where BTC is already ahead of the precious metal today.

The standard narrative of the Bitcoin scene knows no doubt: One day Bitcoin will replace Gold as the No. 1 value store. After all, BTC is designed to perfectly reproduce all properties that make gold so attractive from an investment perspective. What’s more, in some respects digital gold is already superior to its traditional counterpart. How valid are the arguments of Bitcoiner?

At least some of the 83 tons of gold bars used as collateral turned out to be nothing more than gold-plated copper.

This was reported by Nikkei Asian Review at the end of June. The talk is of one of the biggest scandals in the history of the precious metal. According to the content of the article, a number of Chinese banks granted loans to Wuhan Kingold Jewelry Inc. one of the largest gold processors in the region. As security, the company was liable with its gold reserves.

But when one of the creditors wanted to liquidate his collateral, the fraud was exposed. Instead of gold, only gilded copper was deposited.

The anecdote shows that the established financial system around the precious metal is not always transparent. The creditors could have examined their gold holdings at any time. But they preferred to trust the jeweller – and were bounced.

This is diametrically opposed to the Bitcoin mantra “Don’t trust; verify”. After all, BTC is designed to be trustless. This means that all participants can verify whether Satoshi’s are really BTC at no great cost. Digital gold is therefore much better suited as collateral for loans.

As hard currency, both products serve similar market niches. They are similar investments from a portfolio perspective as well. Namely those that do not generate cash flow, but merely serve as a store of value and portfolio diversification.

The decisive factor for the value of the two assets is therefore their scarcity. As monetary goods, however, it is not the absolute scarcity that is relevant, but rather its relative scarcity. In other words, the relationship between existing quantity and inflation – also known as the stock-to-flow rate.

Since the halving in May this year Bitcoin has almost caught up with gold in terms of scarcity. The S2F rate of gold is currently 62 and that of the crypto currency about 56, which means that with the current money supply growth it would take 62 years for gold and about 56 years for BTC to double the current supply.

While gold has taken several millennia to accumulate the supply, BTC has taken a shortcut with the falling inflation rate due to the halvings. In just four years, Bitcoin’s S2F rate will double again, making digital gold the scarcest commodity in the world.

Bitcoin’s money supply growth. You can see the increasing scarcity of supply. Source: “The Bullish Case for Bitcoin”.

Another advantage speaks for BTC. Namely that Bitcoin’s money supply growth is predictable. It is true that solid historical averages can also be calculated for gold (every year about 3,500 tons of the precious metal are mined, which corresponds to a market value of 212 billion US dollars).

Since the Genesis block, it has been clear when which BTC will enter the system. Bitcoin’s money supply growth is therefore unalterable and investors know at all times what percentage of the total supply they own. Another point for the crypto currency no. 1.

In addition to scarcity, the value of monetary goods such as gold, fiat money or crypto-currencies is fed by trust. Users must be able to assume that the good is relatively stable in value and that there is a certain acceptance.

Gold is clearly the winner here. Bitcoin’s history at this point is far too scandalous and unpredictable to gain the necessary trust as a world reserve currency. Meanwhile, gold is still considered crisis-proof and is gaining value even in the current corona crisis.

This year alone, the value of the yellow precious metal rose by 23 percent.

Bitcoins are the most transferable value memory ever created by man. Private keys, representing hundreds of millions of dollars, can be stored on a tiny USB flash drive and taken anywhere.

This is what Bitcoiner Vijay Boyapati writes in his much quoted medium article “The Bullish Case for Bitcoin”. The differences between the two assets are most evident in their transferability. While BTC value can be sent around the world within minutes, sending gold is difficult – and therefore does not happen very often. On the world market, trading is more likely to be done with certificates, so-called IOUs or with derivatives such as futures. The gold is always in the same vault and only the claims to it change hands. The above story from China shows that this can go wrong.

It will probably be a while before Bitcoin can imitate the established history as well as the confidence that investors have in the precious metal. However, if one compares the characteristics of the two assets, the permabullistic attitude of Bitcoin does not seem entirely unfounded in the long term. Nevertheless, it must be said that objective comparisons are not always the most convincing argument when it comes to assets. After all, there must be enough people who see this value and are willing to pay a high price. Only time can show that.